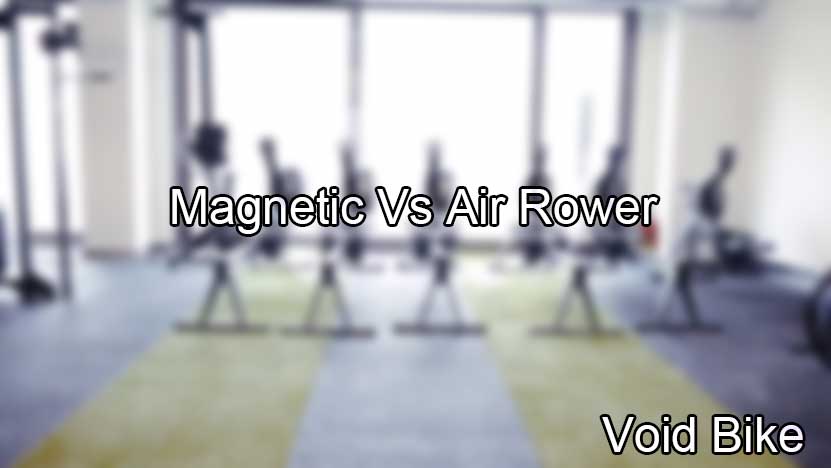 Well, these differences are not enough to convince anybody or to help them in choosing an air resistance or magnetic rowing machine. Read this article till the end to know about more detailed differences!

An air rowing machine. What is it?

You need to know that the air rower is a fan resistance rowing machine and this one utilizes air for creating resistance.  This simply means that as the exercising body rows the air and continuously strikes with the flywheel which is fitted inside and as a result, it creates some resistance which is opposite to the direction in which the fan is operating.

This resistance is entirely dependent on the speed that the exercising body applies while rowing on the machine.  This is one of the best machines for people and the most amazing features of this machine at the following

What is it best for

Magnetic rowing machine. What is it?

So this feature of this machine makes it a more preferable option when it comes to limited space and placing certain gym equipment in a living environment such as a shared apartment or shared room where you cannot afford to disturb other people.  Along with this amazing benefit magnetic rowing machine also gives you a jerk-free and smooth exercise experience which you will surely enjoy.  the most convincing features about this equipment which will make you think to buy this one are the following

What is the machine best for